John Gardner: ‘Holding on and letting go: why keep the life you already have? And how should you be compensated when things go wrong?’

At this the first meeting of the year we were delighted to have with us Patricia and Jonny Williams, widow and son of Bernard.

John Gardner (Professor of Jurisprudence at Oxford) introduced us to his topic by first discussing his step-son, now in the process of applying to do Philosophy at a Scottish university. He talked of the boy’s reluctance to move on to that new stage because of the inevitability of having to separate from his Sixth Form friends, something that was certainly on my mind and surely on the minds of some of the other audience members in similar positions. From this we began to debate the necessity of a ‘friend’, and it was suggested that a friend was someone who was the ‘most useful’. This prompted the question of whether letting go of ‘useful’ friends would create the opportunity for more ‘useful’ friends, as well as the response that surely friends are a crucial part of our identity, at least in the forming of our character. The other example John used was an instalment of ‘Charlie & Lola’ in which Lola won’t let go of a specific library book, which she reads upon every visit, only to arrive at the library one day to discover that another child is reading that book, and instead she becomes infatuated with a new one. Although quite a simplistic example, it did help to keep the philosophy relevant.

The choice we were constantly presented with (and voted repeatedly on) was the compensation mentioned in the title: should somebody who undergoes, for example, a car accident and loses a limb, be compensated with either the closest thing to what they lost, with a completely different opportunity to start something new – what in effect is best for them now, or with nothing at all? We discussed this in terms of people’s worth to society, and if it was worth the state or some other financial entity giving them compensation at all, but also in terms of whether, by the very nature of the car accident, their outlook and impact on society would be changed.

All in all a very thought-provoking talk, and a fantastic start to the next year of Williams Project lectures. 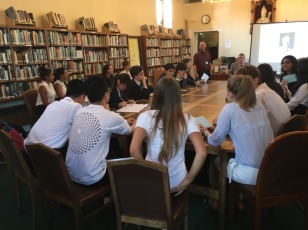 The meeting in progress 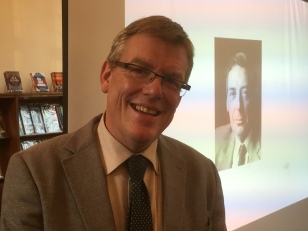 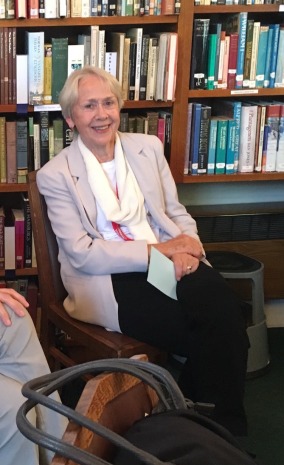