Tomáš Cvrcek: ‘The Marriage Market – How the Rules of the Game Affect the Outcomes’

Old Chigwellian Dr Tomáš Cvrcek, lecturer of Economics at UCL and admissions tutor for the innovative new degree History, Politics and Economics, treated the Williams Project to an in-depth look at the nature of modern-day relationships, and how one can take basic principles of economics (e.g. supply and demand, market equilibrium and making value judgements) and apply them to ‘the marriage market’. As the talk progressed, it became clear that one can choose to view the ‘dating’ scene with a rather clinical eye, choosing partners based upon a rigid list of preference and weighing up the opportunity cost of choosing someone else over another e.g. Person A may not end up with Person B because Person B places a higher value upon Person C, but may still be able to end up with Person D, who they value to a lesser extent but is the next best option due to the constraints of the market. However, Dr Cvrcek also concentrated on the various historical and cultural factors that affect how ‘the game’ is played – for instance, although we in the UK base the ‘rules of the game’ upon one-to-one relationships, certain cultures may base the ‘rules of the game’ around many-to-one relationships, for example when a husband has multiple wives. Historical factors considered included the nature of middle-upper class relationships in Victorian Britain (where suitable partners were chosen by the parents of the couple in question, hence personal preferences did not hold as much weight) and scenarios such as arranged relationships/marriages. By the end of the talk, a vast array of topics and scenarios had been covered, leaving the audience significantly more enlightened and informed. 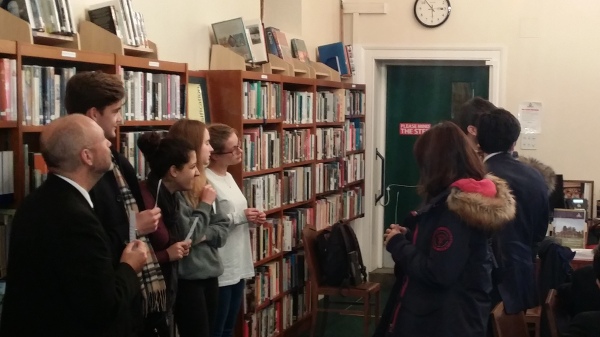 the marriage game in action