Mark Lord: How to design a film

On May 2nd Mark Lord shared with us his passion for design and tailoring, and how he has become a costumier for many TV and film productions, including the BBC’s recent Dickensian. He explained how he had to work from (often incomplete) scripts, and spot where later episodes required a character to have a particular kind of clothing from the start. For example, if a character beats someone with a belt in episode 10, they have to wear a belt from episode 1. If a character is stabbed in episode 6, Mark has to order five of the same shirt, as scenes often require several takes. He is a stickler for detail, and takes great pains to be historically accurate. Many in his audience were keen to work in different aspects of film, and were very grateful to Mark for the warm, generous and precise advice he gave them. 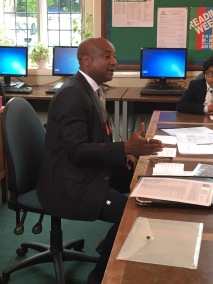